Get fresh music recommendations delivered to your inbox every Friday.
We've updated our Terms of Use. You can review the changes here.

by Russell Mills and Mike Fearon 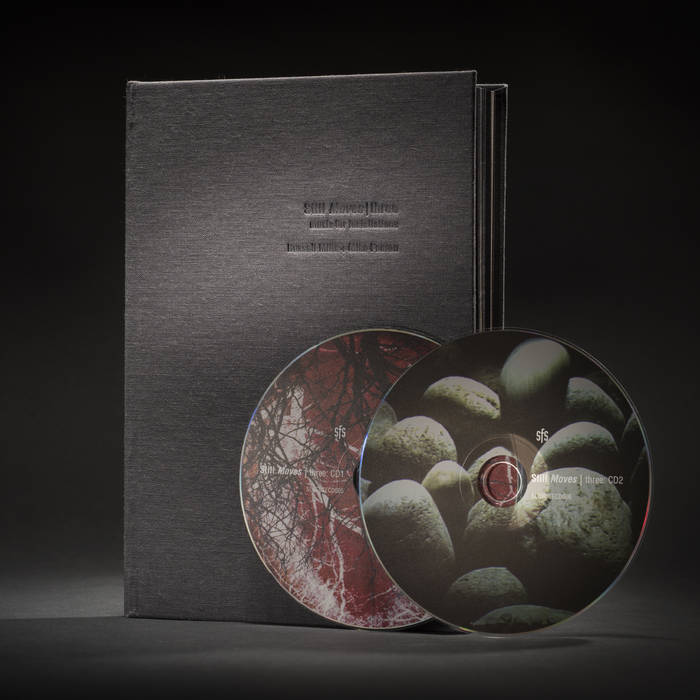 Bhodicat Absolutely love this third CD set. Sea fret is one my favorite tracks. Can't wait to see what comes next. Thank you both.

Moon in the mirror

Process-driven and contextually anchored, the Still Moves soundworks comprise tracks of seductive unease. Filmic, atmospheric and yet intimate, subtly melodic without being overly musical, they explore the abstract quality of sound while focusing on its transformative potential to evoke a magnified sense of place.

Static, tracks 1-3, telescopes time and meaning, serving as both an elegy and a celebration of the history, culture and eradication of Tyneside’s proud ties to the sea. While its primary maritime occupations have been decimated by a shameful political ideology, within the physical and cultural contours of daily life, indelible stories held in the world beneath our feet are suggested in three tracks that explore what has been lost, taken, forgotten or ignored. Static also includes a powerfully emotive recording of award-winning poet Robin Robertson reading his specially written chronotopic poem, Sea Fret.

Hold, tracks 4-8, is a soundwork by Eraldo Bernocchi, Mills and Fearon, with contributions from Harold Budd, Bill Laswell, Gigi and Lorenzo Esposito Fornasari. Created for a multimedia installation by Mills and Petulia Mattioli in the Palazzo delle Papesse Centro Arte Contemporanea, Siena, Hold integrates recordings made within the building’s former bank vaults, augmented by electro-acoustic sounds and haunting, wordless vocals. Hold explored ideas about possession and revelation, and about seeking alternative readings of what is presented as “truth”.

Bandcamp Daily  your guide to the world of Bandcamp

Sampa The Great joins the show to discuss her release, "As Above, So Below".